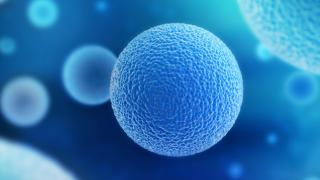 By
Zen Vuong
Research
A phase 1 clinical trial of sotorasib (AMG 510) in patients with heavily pretreated advanced solid tumors shows encouraging anti-cancer activity, especially in lung and colorectal cancers, reports a new study led by City of Hope and other comprehensive cancer centers.
The multisite clinical trial included 129 metastatic cancer patients who had received an average of three prior therapies. These patients all had the mutated KRAS G12C gene, which increases the chances that an individual will be diagnosed with an aggressive cancer resistant to treatment.
Marwan Fakih, M.D.
“We have finally shown that RAS targeting and inhibition is feasible. We hope that this will be the first step among many to effectively treat RAS-mutant cancers, one of the most common drivers of cancer,” said medical oncologist Marwan Fakih, M.D., the Judy & Bernard Briskin Distinguished Director of Clinical Research at City of Hope and co-lead author of the New England Journal of Medicine study that published Sept. 20.
The KRAS gene, discovered nearly 40 years ago, is known as an oncogene. When mutated, KRAS could activate a pathway that turns normal cells cancerous. This gene belongs to the RAS gene family, which is responsible for more than 30% of all human cancers, according to the National Cancer Institute.
“KRAS mutations have been linked with worse treatment outcomes in a variety of cancers, including lung and colorectal cancers,” Fakih added. “This proof-of-concept study has, in some cases, demonstrated a median progression-free survival that is two times longer than what we encounter in patients today.”
The purpose of the clinical trial was to test the safety of various doses of sotorasib (180 mg, 360 mg, 720 mg and 960 mg), which were taken orally once a day. Patients had refractory metastatic non-small cell lung cancer (59 participants), colorectal cancer (42 participants) or other tumor types (28 participants). Their average age was 62, and the median follow-up was 12 months.
Sotorasib is a small molecule that inhibits KRAS G12C by plugging up a specific pocket (P2), inhibiting the ability of this mutated KRAS protein from driving tumor growth and spread. Current studies show that the drug, while able to target many cancers, appears to be most potent in nonsmall cell lung cancer, where KRAS G12C mutations exist in about 13% of patients.
The KRAS G12C inhibitor sotorasib produced lasting clinical benefits with mostly minor side effects that affected the gastrointestinal tract and included diarrhea (30%), fatigue (23%) and nausea (21%). Although trial patients had stubborn cancers resistant to standard-of-care treatments, those with nonsmall cell lung cancer had a 32% response rate, with the majority (88%) achieving disease control for at least a few months. Their median progression-free survival was 6.3 months. This is a great improvement considering that later lines of treatment in non-small cell lung cancer are typically associated with response rates of only 9-18% and a median progression-free survival of approximately three months.
The other group that saw notable benefit were patients with refractory metastatic colorectal cancer — a response rate of about 7%, disease control rate of 74% and major tumor shrinkage in 7% of the group, Fakih said. The median progression-free survival was four months. In comparable lines of treatment, response rates are rarely experienced, and the median progression-free survival is approximately two months.
“The benefits of sotorasib appear to be quite durable with at least half of metastatic colorectal cancer patients still experiencing disease control four months after the start of treatment,” Fakih said. “When you consider the poor prognosis for the metastatic setting and the lack of effective treatments for this population, controlling tumor progression for a few additional months with an oral therapy is a significant and meaningful outcome.”
Treatment was discontinued in 107 patients (83%), mostly because of disease progression. Fifty-four patients had died, a reasonable outcome given the prognosis and late stage of the disease.
Fakih, co-director of the Gastrointestinal Cancer Program at City of Hope, is involved in two sotorasib (AMG 510) clinical trials with a total of six treatment arms to evaluate use of sotorasib as a monotherapy or combination treatment in patients with nonsmall cell lung cancer, colorectal cancer and other solid tumors.
The inconsistency in tumor response between non-small cell lung cancer and colorectal cancer suggests that KRAS G12C inhibition is not sufficient for colorectal cancer and that additional cancer-causing pathways must be switched off, Fakih said. Combining sotorasib with other therapies that block the epidermal growth factor receptor, a protein whose overexpression has been linked to many cancers, is a promising path forward that is under investigation, he added.