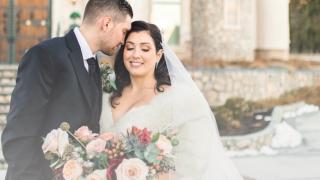 By
City of Hope
CAR T
Patient Care
For almost half of her young life, Raeleen Whitt of Costa Mesa, California, has battled cancer.
She was first diagnosed with acute lymphoblastic leukemia when she was 16 years old, in the middle of her junior year of high school. Since then, the cancer has returned three times.
Her latest remission, however, has lasted nearly four years due to an innovative immunotherapy treatment — chimeric antigen receptor (CAR) T cell therapy — developed at City of Hope.
This approach utilizes a patient’s own immune cells, which are genetically modified to recognize a protein on leukemia cells. These modified immune cells are then able to target the cancer, hopefully leading to remission. This is sometimes followed by a bone marrow or stem cell transplant to further solidify the remission.
Whitt is just one of approximately 30 patients who came to City of Hope with advanced acute lymphoblastic leukemia who have achieved remission thanks to  this CAR T cell immunologic approach. They participated in a clinical trial that utilized this novel therapy. (The trial was previously led by Samer Khaled, M.D., a former City of Hope associate professor in the Department of Hematology & Hematopoietic Transplantation, and is now being led by Ibrahim Aldoss, M.D., an associate clinical professor in the same department.)
Khaled said that before the CAR T therapy, Whitt’s cancer was not under control and she had few, if any options, for treatment. She qualified for the protocol, and her T cells were collected and engineered to express a modified CD19 receptor that targets the CD19 antigen on leukemia cells.
Similar to the other patients, Whitt achieved a complete remission, and tolerated therapy well, with minimal side effects.
City of Hope now has one of the most comprehensive CAR T cell programs in the world, with nearly 50 clinical trials that are either ongoing or soon to open treating both cancers of the blood and immune system, as well as solid tumors. More than 600 patients have undergone CAR T cell therapy at City of Hope, and more than 16,000 patients have undergone a bone marrow or stem cell transplant.
Whitt said that when Khaled talked with her about CAR T cell therapy in 2017, she wasn’t sure what to think about it. She had never heard about the therapy, but she also knew the treatments she had received so far  — such as chemotherapy and, later, a stem cell transplant using her brother’s cells to help her produce new bone marrow — had only put her in remission for a couple of years or less.
Whitt recalled thinking: “OK, what now? The cancer keeps coming back. I’ve done a transplant with the best match possible. I’ve done chemotherapy twice. Nothing’s working.”
She knew she had to try the CAR T cell therapy, even though it made her nervous. Whitt would need to join the clinical trial, so the experimental aspect worried her. She also worried about potential side effects.
But the CAR T therapy went remarkably well. Whitt said the most serious side effect was a high fever.
“It got me back into remission, which was the main goal,” she said.
There was also another major concern. Whitt had to decide if she wanted to get an umbilical cord stem cell transplant after the CAR T cell therapy. Radiation would wipe out her bone marrow, and then the cord transplant, using two different donors, would replace her bone marrow, hoping to help eliminate any remaining leukemia in her body.
Following achievement of remission with the CAR T therapy, Whitt then underwent the transplant, hoping that the combination of the remission achieved by the CAR T cells and the transplant of donated healthy stem cells would finally lead to a cure. At the present time, she continues to be in remission.
“I wish I could thank the parents who donated the cord blood stem cells,” Whitt said. However, cord blood transplant donation is done anonymously, so patients are not able to find out who donated the cord blood.
Whitt, now 30, is an aesthetician and recently wed her fiancée, Kyle, in Lindon, Utah, surrounded by snow-capped mountains. It was the dream winter wedding she’d always wanted.
“We are definitely opposites attract,” she said enthusiastically. The two attended the same high school in Corona, California, but never dated until five years ago. “I’m outgoing and he’s introverted, so it is just perfect.”
“Kyle and I are excited about starting our lives as a married couple, but none of that would have been possible without all of the wonderful doctors, nurses and staff at City of Hope,” Whitt said. “We are extremely grateful.”