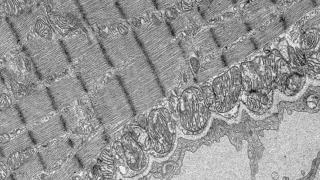 By
Jennifer Holmes
Diabetes
Research
New research from City of Hope shows that turning on a gene called STX4 in skeletal muscle can reverse prediabetes in an animal model.
The study findings — published in Nature Communications — suggest that targeting STX4 might also be a pathway to reversing prediabetes in humans, thus stopping the progression to type 2 diabetes.
"By the time type 2 diabetes is diagnosed, the patient is already at increased risk of several diabetic complications, as well as heart disease and cancer," said Debbie C. Thurmond, Ph.D., director of the Arthur Riggs Diabetes & Metabolism Research Institute and a study author. "Being able to stop the disease before it starts would be a major step forward."

A Model of Prediabetes

In prediabetes, a person's blood sugar levels are higher than normal. Half of people with prediabetes will go on to develop type 2 diabetes. Prediabetes is reversible, but current treatments are limited to lifestyle changes, such as diet and exercise.
For the study, researchers used an animal model to simulate prediabetes in humans.
Mice were fed a diet containing 45% fat, similar to the fat content of fast food. A high-fat diet causes the body to become less sensitive to insulin, meaning that the body is less efficient at moving glucose out of the blood and into cells, where it is used for energy.
Thurmond, the Ruth B. & Robert K. Lanman Chair in Gene Regulation & Drug Discovery Research, and her team then used a gene therapy approach to turn on the production of STX4, a protein known to be involved in the regulation of glucose uptake. STX4 was enriched in skeletal muscle only, and not in other muscles, such as the heart or smooth muscle.

Skeletal muscle is the main tissue in the body for disposing of excess blood sugar because it is highly sensitive to insulin. But factors, such as aging, overeating and eating certain fats, can cause skeletal muscle to become less sensitive, or insulin resistant, leading to higher fasting blood sugar levels.
"It's been a goal of the field in general to find something that could trigger the skeletal muscle to regain its insulin sensitivity," Thurmond said.

The findings showed that expression of STX4 in the skeletal muscle of mice for four weeks reversed symptoms of prediabetes.
Debbie Thurmond, Ph.D.
"We knew that it could take as long as two weeks for the gene to reach maximal expression in the mice," said Thurmond. "It was amazing that we saw these changes by four weeks."
The insulin sensitivity of the skeletal muscle was restored, even though the mice continued to eat the high-fat diet.
"A great deal of evidence suggests that long-lasting prevention of diabetes or reversal of prediabetes is not often attainable," said Thurmond. "When we saw that all the animals receiving STX4 treatment showed improvement, while they were still being fed the high-fat diet, we had to understand what was going on."

The Search for a Molecular Mechanism

The researchers noted differences in oxygen consumption in the mice, which suggested that STX4 was causing changes in mitochondria, an organelle in cells. This finding was unexpected. It was widely believed that STX4 acted only at the plasma membrane. How then, the researchers wondered, were they seeing effects in the mitochondria?
To answer this question, the team turned to high-resolution microscopy techniques to visualize the localization of STX4. The electron microscopy images were striking, showing STX4 at the mitochondrial membrane.
To confirm the imaging findings, the team performed additional biochemical experiments. Using a technique called subcellular fractionation, they separated the organelles of the cell into different fractions and looked for STX4 in each fraction. They found STX4 in the mitochondrial fraction.
"That was the biochemical evidence we needed to convince ourselves that we should be going down this path," said Thurmond. She hopes that these findings reignite the field to look at skeletal muscle as an avenue for reversing prediabetes and improving blood sugar control in people with type 2 diabetes.

Thurmond noted that although insulin resistance was reversed in the model, obesity was not. In animal models and in Western populations, prediabetes and obesity usually trend together. Because of the short study period, it is unclear whether obesity would resolve if the animals were treated longer. The team plans future studies of longer than four weeks that will examine whether changes do occur in body weight or body fat.
The innovative study team at the Arthur Riggs Diabetes & Metabolism Research Institute included graduate students, as well as postdoctoral and faculty researchers from the Department of Molecular & Cellular Endocrinology in collaboration with the Comprehensive Metabolic Phenotyping Core facility, led by Patrick Fueger, Ph.D.