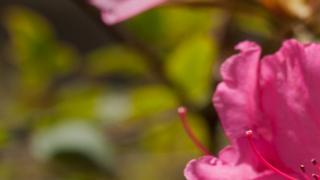 By
Zen Vuong
Patient Care
Five cancer survivors who have ridden on City of Hope’s Rose Parade float in years past will share what the experience meant to them in a short video that will air Jan. 1 during a two-hour Rose Parade TV entertainment special.
They will be accompanied by Stephen J. Forman, M.D., a City of Hope hematologist-oncologist who has ridden or walked alongside the comprehensive cancer center’s float for five years.
“In previous years when I participated in the Rose Parade, I was always struck by the large numbers of people along every block who recognize us, having themselves been touched by the care and research City of Hope does to help them or someone they know or love,“ said Forman, director of the Hematologic Malignancies Research Institute at City of Hope.
“Many people recognize our float and yell words of encouragement or, in many cases, expressed profound heartfelt expressions of gratitude for City of Hope. Sometimes, without words, you could see the emotion in their faces in a quiet, thoughtful and sometimes tearful way. Our connection to those people has less to do with the gorgeous design of our float’s floral display and more to do with how City of Hope is a special place of care.”
The special will air on ABC, Hallmark Channel, KTLA, NBC and RFD-TV at 8 a.m. PST and on Univision at 7 a.m. PST on Jan. 1, 2021.
City of Hope has participated in the Rose Parade for 48 years. In the TV special, five cancer survivors from its 2019 and 2020 floats will reminisce about what the experience meant to them. Details about their cancer journey are below: