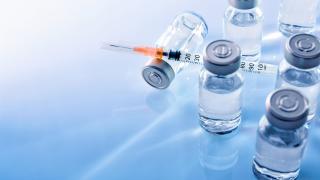 By
Abe Rosenberg
Research
If everything goes as hoped, Victoria L. Seewaldt, M.D., may find a way to turn back the clock on cancer.
Seewaldt, City of Hope’s Ruth Ziegler Chair in Population Sciences and chair of the Department of Population Sciences, specializes in cancer prevention. Since 2015, she’s led a nationwide clinical trial examining a drug she believes may be capable of reversing precancerous conditions in women at high risk for breast cancer, undoing early tissue damage and inflammation that often develop into cancer later on.
“This is what gets me up in the morning,” she said.
The drug in question is not some miracle, cutting-edge, next-generation wonder pill. In fact, it is nearly 100 years old, and it’s not even a dedicated cancer drug. It’s a diabetes treatment.

Metformin, as anyone with type 2 diabetes will tell you, is a life-changing drug that helps control insulin and blood sugar. As many as 85 million Americans take it every day; it is the fourth most commonly prescribed medication in the U.S. and one of the least expensive, costing just a few cents per pill.
But cancer?
Researchers have long suspected links between diabetes and cancer; insulin is the linchpin that drives much of their thinking. That’s because insulin does more than simply help process sugar: it tells cells to grow. Especially, it turns out, breast cancer cells.
“Insulin triggers growth factors,” said breast cancer specialist Veronica C. Jones, M.D. Many of her patients are participating in the trial. Breast cancer cells, she explained, have specific receptors that react to insulin.
Normally we need only a small amount of insulin to control blood sugar and turn it into energy. But conditions like obesity, high cholesterol, high blood pressure and type 2 diabetes may create insulin resistance, where the body no longer reacts properly to normal amounts, so insulin levels begin to rise, often to dangerous levels.
Victoria L. Seewaldt, M.D.
“Too much insulin,” explained Seewaldt, “can hard-wire the cancer environment.” Both doctors spelled out the problem in a recent paper in Frontiers of Public Health detailing how signaling pathways activated by insulin also drive biologically aggressive breast cancer and predict poor survival in women with breast cancer.
Metformin does an outstanding job of restoring insulin sensitivity so that insulin levels return to normal. Seeing that, researchers had a “lightbulb moment” around a decade ago when it became popular to repurpose old drugs in new ways or, as Seewaldt puts it, “to go off-target with these drugs for chemoprevention.”
Could metformin, the diabetes pill, undo the insulin-induced “hard-wiring” for breast cancer?

Seewaldt’s trial aims to find out.
All 128 trial participants are women already at high risk of breast cancer for one of several reasons, such as a family history, having the BRCA1 or BRCA2 genetic mutations, or displaying the precancerous condition known as “atypia,” when abnormally shaped cells are found in breast tissue.
In addition, all participants are overweight, with a body mass index of 25 or more.
Some participants take metformin daily for two years, while others receive a placebo. All of the women were offered tamoxifen, a more conventional cancer prevention drug, but turned it down. Tamoxifen can cause significant side effects including weight gain, depression, and increased risk of stroke and other cardiovascular dangers.
Seewaldt said the trial, set to end in June 2022, is possibly the first “precision prevention trial,” and that “unlike other trials, we can look at signaling pathways in the breast before and after metformin.” She will consider her efforts successful if she sees “no atypia after metformin” and if “precancerous changes go away.”
Adding the low-cost and generally well-tolerated metformin to the anti-breast cancer toolkit for high-risk patients would be a major advance, especially given tamoxifen’s side effects.

At the same time, another trial is set to administer metformin to breast cancer survivors to see if the drug can help prevent recurrence.
“Breast cancer survivors often become insulin-resistant because of the chemotherapy they receive,” said City of Hope community outreach specialist Mayra Serrano, Dr.P.H., M.P.H., CHES.
Serrano oversees City of Hope’s “Eat, Move, Live” project, which brings a 12-week education, nutrition and exercise program to underserved communities. The goal is to promote healthier living through behavior modification, reducing the risk of cancer, diabetes and other diseases. “It’s been very successful,” she added, pointing out that in one group of 38 diabetic participants, nearly all were able to lower their blood sugar.
At Seewaldt’s suggestion, Serrano will run an “Eat, Move, Live” project for breast cancer survivors in Southern California’s Antelope Valley, with metformin added to the mix. All participants will go through the same 12-week nutrition/education/exercise program, with one difference: some will take metformin, others won’t. Seeing the results will teach researchers a great deal more about metformin’s cancer-preventing properties.

Seewaldt’s and Serrano’s efforts are just two of the more than 50 clinical trials involving metformin conducted at many institutions in recent years. But researchers at City of Hope have the unique advantage of being in an arena where world-class experts in both cancer and diabetes study side by side and collaborate regularly.
“We’re working with the diabetes people,” said Seewaldt, as she considers the questions she hopes her trial will answer about employing a diabetes drug to stop cancer: “If you can walk back prediabetes, can you also walk back the DNA changes? Can we walk back the inflammation, the epigenetic damage that causes cancer?
“This could only happen at City of Hope.”