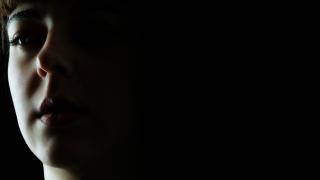 By
Maxine Nunes
Patient Care
Success Stories
Stephanie Fisher wasn’t sure why we wanted to tell her story.
“I’m not very special, really,” she said. “I’m just a 38-year-old woman who survived cancer.”
Stephanie Fisher
Which, of course, is exactly why her story is important, especially to other women whose “not very special” lives have been upended by those two shocking words: “It’s cancer.”
In August 2019, cancer was the last thing on Fisher’s mind. Not only was she just 36, but there was no family history of breast cancer and no genetic link. What’s more, the likelihood that a woman Fisher’s age would have breast cancer is almost nil — less than 4%.
“I was just enjoying the summer actually, hanging out at the pool with my sister and her baby twins, and I noticed a very firm spot on the side of my breast,” she said. “I thought maybe I’d bumped into something, so I let it go for a week, but then I saw a kind of dimple on the underside and went to my doctor.”
Because Fisher was so young, the doctor told her it was probably just a cyst, but to be safe sent her for a mammogram and ultrasound. The screening facility gave her a yellow piece of paper directing her to get a biopsy — she still has that yellow paper today. A few weeks later, on a Friday the 13th, the biopsy results were in. She had breast cancer.
“I was pretty much in shock,” she said. “They said I needed to see a surgeon, and recommended someone.”
It was Amy Polverini, M.D., a surgical oncologist specializing in breast cancer at City of Hope. Fisher made an appointment and clearly remembers that first visit.
Amy Polverini
“The moment I met her, she hugged me — that was before COVID when we could still hug people — then she sat with me and calmly explained everything. She’s just amazing, the most caring and compassionate person you could ever want on your team.” Fisher’s voice choked up for minute. “I apologize if I get emotional, but whenever I talk about her I get a little teary.”
The diagnosis was Stage 2 triple-HER positive invasive ductal carcinoma of the right breast, with no lymph node involvement and a tumor about the size of a golf ball. Polverini discussed several options for treatment with her. Fisher chose to have chemotherapy to shrink the tumor, followed by a lumpectomy.

Finding the Will to Get Through Treatment

Chemotherapy was brutal for Fisher. She couldn’t move and couldn’t get out of bed most days. Food tasted like metal, and she basically survived on chocolate milk and yogurt.
“To be honest, after a few rounds of chemo, I just didn’t want to do it anymore,” she said.
Helping her through the experience were nurse practitioner Alexandra Schulz, F.N.P., nurse Brenda Yeung, R.N., and oncologist Niki Patel, M.D.
“Dr. Patel is kind, caring and spunky. I love her energy and her sense of humor,” Fisher said. “She definitely gave me tough love when I wanted to quit, and I appreciate that. “
The other thing that fueled Fisher’s desire to live were those little twin nephews.
“We’d read them the Brown Bear book and sing the song that went with it,” she said, “and what kept me going was knowing that I wanted to see them learn to walk and talk and grow up.”
Fortunately, the chemo worked well and shrank the tumor significantly. She had surgery, then radiation and immunotherapy, followed by more chemo to get the very last of the cancer.
She will soon begin injections to induce premature menopause and prevent the recurrence of her hormone-related cancer
“The menopause injections aren’t permanent,” she said. “I'll likely have a hysterectomy, which is definitely permanent and heartbreaking for a 38 year old woman."

The Long Way Back

“Everybody thinks that once you’re done being treated for cancer, your hair grows back and you’re OK,” Fisher said. “But it takes a lot of work, daily work, to get to a good place, to live a normal life again.”
It’s an experience that has sometimes been compared to a soldier home from the battlefield experiencing PTSD, or post-traumatic stress disorder. For Fisher, many things can trigger it — even foods, like the chocolate milk and yogurt that got her through chemo, because they bring back that dark and scary time.
“When you start cancer treatment you're just trying to make sense of it all and survive,” she said, “But it’s after that’s over that you need to process the trauma and learn how to cope and move forward.”
She decided to start therapy, which, along with the ironic humor on the Instagram account TheCancerPatient, has gotten her through many of the darker days.
She’s also found a new kind of freedom in life after cancer.
“There used to be so much pressure to do things, to have things, to be everything for everybody,” she said. “But after cancer you realize you don’t have to do all that. You can take the road less traveled — and that’s where the good stuff is.”
As a young woman in the prime of life, she’s also dealing with the scars and visible changes to her breasts in the aftermath of surgery and thinking about life after medically induced menopause.
The option of having children is no longer a possibility, but as “the world’s happiest auntie,” she’s fine with that. Recently she posed for Fallon Smalberg, an artist she found on the web, and the painting has given her a whole new attitude about her post-surgery body.
“We had a Zoom session, and she painted my breasts as they look now, with lovely colors and flowers. It’s one of my most prized possessions,” Fisher said. “I look at it every day, and it’s a wonderful reminder of how beautiful and strong my scarred body is.”
In many ways, the normal she has begun to envision may hold more rewarding possibilities than her old life did. Before being laid off because of the pandemic, she worked as a paralegal. Now, though, she’d like to do more meaningful work, and hopes to find a job where she can help other people going through cancer.
There are also a couple of other things on her wish list — though not necessarily in this order.
She’d like a relationship with a kind man who’s just fine with her post-cancer self. And she also plans to get a rescue dog to replace the pet she recently lost to lymphoma.
“A dog's love is so pure and unconditional, and we need more of that in this life,” she said.