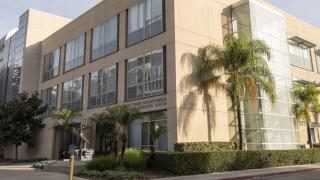 By
Katie Neith
Research
City of Hope scientists are devoted to unraveling the cellular intricacies of how diabetes occurs and developing leading-edge therapies.
At the recent 81st Scientific Sessions of the American Diabetes Association, City of Hope researchers presented new ways in which they are seeking to advance and personalize treatment of the disease. More than 11,500 participants from across the globe gathered virtually to attend the conference.

Sangeeta Dhawan, Ph.D., an assistant professor in the Department of Translational Research & Cellular Therapeutics at City of Hope’s Arthur Riggs Diabetes & Metabolism Research Institute, gave an oral presentation on a study investigating a protein called cohesin Smc3 that is essential for controlling the function, growth and survival of insulin-producing beta cells. These cells produce insulin to control blood sugar levels and therefore play a key role in diabetes.
“This work is highly significant because, in diabetes, there is a reduction in the number and function of these beta cells,” explained Dhawan. “Knowing what molecules control the health of beta cells will be critical for development of approaches that can improve beta cell health in diabetes and also help improve the outcomes of islet transplants.”
Cohesins — as their name suggests — like to connect things. One of their main roles in the body is to organize the 3D architecture of genetic material, so that genes that are essential for the function of a cell can be regulated properly. Dhawan and a team of researchers from City of Hope found that if you remove cohesin Smc3 from beta cells, their capacity to secrete insulin decreases and eventually the cells begin to die.
“In people with type 2 diabetes, this protein isn’t able to regulate some genes that are essential for control of insulin secretion and the survival of beta cells in a normal manner, leading to problems of blunted insulin secretion and cell death,” Dhawan said. “And since this is such an essential molecule for the health of beta cells, restoring normal function of cohesin Smc3 holds the promise to improve beta cell health in both forms of diabetes.”
Looking forward, Dhawan and her colleagues plan to investigate how cohesion Smc3 is regulated and how it regulates its gene targets, along with whether or not it works with any additional proteins.
“We have found an important partner of this protein, that similarly is essential for beta cell health, and the levels of that protein are reduced in beta cells in diabetes,” she said. “We are working to determine how these two molecules coordinate beta cell function and why their levels and activity change in diabetes.”

Diti Chatterjee Bhowmick, Ph.D., a postdoctoral fellow in the research group of Debbie Thurmond, Ph.D., the Ruth B. & Robert K. Lanman Chair in Gene Regulation & Drug Discovery Research and director of the Riggs  Institute, presented study results during a session on islet biology and insulin secretion.
Bhowmick's work, done in collaboration with Thurmond and colleagues from City of Hope and other institutions, is focused on boosting insulin secretion from pancreatic beta cells. In these cells, a reaction called tyrosine phosphorylation has to happen in a certain protein (DOC2b) in order for insulin release to increase in response to a rise in blood sugar.
“We have discovered with this study the underlying process of how glucose stimulation is modifying DOC2b and helping in boosting insulin secretion from the pancreatic beta cells,” Bhowmick said. “Detailed knowledge about how DOC2b is enhancing glucose-stimulated insulin secretion from the pancreatic beta cell is very important for developing DOC2b as a treatment method for diabetes.”
The team next plans to investigate the exact steps involved in how activated DOC2b increases glucose-stimulated insulin secretion from pancreatic beta cells.
In 2018, Thurmond led a study that was the first to identify DOC2b as a biomarker known to identify diabetes. Most recently, her team has found that it likely is the earliest indicator of diabetes in asymptomatic patients.
“Continued work investigating this protein is not only important for its potential in treating diabetes, but also in developing therapies that could prevent the onset of type 1 and type 2 diabetes in the first place,” Thurmond said.