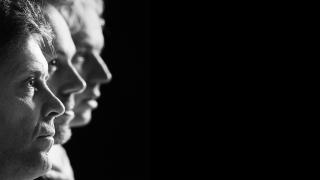 By
Maxine Nunes
Patient Care
At one time, colon cancer in younger men was rare. That is no longer the case. Earlier this year, charismatic actor Chadwick Boseman died after a four-year battle with colon cancer. He was just 42.
Several recent studies have shown that while the incidence of this disease in people over 50 has greatly decreased, thanks to the effectiveness of screening, cases in young adults are rising sharply.
In response to these alarming new reports, the U.S. Preventive Services Task Force (USPSTF) has just revised its guidelines for colon cancer screening. Its recommendations are the most widely influential and are used to determine what will be covered by the Affordable Care Act.
The principal change is that routine screening, which had been recommended for ages 50 to 75, should now begin at 45. Early screening is especially important for African Americans, among whom the colon cancer incidence and mortality rates are greater than for any other racial or ethnic group.
For City of Hope gastroenterologist Trilokesh Kidambi, M.D., this change is vitally important.
Trilokesh Kidambi, M.D.
“In my practice, unfortunately, I see many younger patients with colon cancer, and sometimes it has already metastasized,” he said. “These guidelines are an acknowledgment of what we are seeing at cancer centers every day.”
Because colon cancer used to occur primarily in older people, when young adults present with symptoms of colorectal cancer — abdominal pain, weight loss, anemia or rectal bleeding — many doctors overlook the possibility of cancer. The new guidelines, which are followed by most general practitioners, will raise awareness that these warning signs may indicate cancer even in younger patients.
Although USPSTF guidelines have a far-reaching impact, they are not the first to lower the recommended age. In 2018, the American Cancer Society lowered the recommended screening age to 45. And in December, Kidambi served on the committee deciding on updated colon cancer screening guidelines for the National Comprehensive Cancer Network, which is expected to issue similar revised recommendations any day now.
Why is colon cancer increasing in young adults?
“That’s the million dollar question,” he said. “And the answer is, we don’t exactly know.”
He did, however, offer a few hypotheses.
“It might have something to do with environmental exposure, or with changes to the microbiome in our gut, or perhaps to increasing obesity. Or we may just be finding it more frequently, thanks to the widespread adoption of colonoscopies,” he said. “But the jury is still very much out.”

Screening Not Only Finds Colon Cancer — It Can Prevent it

“The vast, vast majority of people who develop colon cancer start by having a polyp in their colon, a growth that looks almost like a wart. It’s not cancer — but has the potential to turn into cancer,” Kidambi explained. “With screening, you can not only identify cancer that has already formed, you can identify these precancerous benign growths and remove them.”
Several screening methods are recommended by the USPSTF.
A traditional colonoscopy is the gold standard for colorectal cancer screening. One major advantage of this method is that if a precancerous polyp is found, it can be removed right then and there. And though a colonoscopy is invasive, patients are sedated and the procedure is generally painless. If the results are negative, you don’t need to be screened for another 10 years.
People who prefer a less invasive method of screening can choose computed tomography (CT) colonography, better known as a virtual colonoscopy. However, if a polyp is found, it must be removed with a traditional colonoscopy. If everything is normal, then five years is the recommended interval between CT-based screenings.
In addition, two types of noninvasive stool tests are available, a FIT-based test and an sDNA-FIT test. In both, a stool sample is collected at home and sent to a lab. FIT tests look for traces of blood, and sDNA-FIT tests look for blood as well as tumor DNA. If something abnormal is found, patients should follow up with a colonoscopy. When results are normal, FIT testing should be repeated every one to two years, and sDNA-FIT testing should be repeated every three years.
A flexible sigmoidoscopy uses a scope to examine the last third of the colon. Polyps there are often associated with polyps in other parts of the colon, so if they are seen on this exam, a full colonoscopy is needed to identify and remove any polyps in the entire colon. If the results are normal, a flexible sigmoidoscopy should be repeated every five years or, if combined with an annual stool-based test, every 10 years.
More frequent followups are needed for people who have had polyps, colorectal cancer or other underlying chronic conditions such as inflammatory bowel diseases, or who have a family history of gastrointestinal cancers.

Guidelines for Adults Over 75

The USPSTF caps the recommended age range for colorectal screenings at 75. Kidambi explained why.
“In general, this is a relatively slow-growing cancer, so if someone 76 or older has never developed a polyp, has no worrisome signs or symptoms and has a history of normal colonoscopies, the risk of developing colon cancer is very low,” he said.
The new guidelines do recommend that screenings be offered selectively to adults between 76 and 85, based on the patient’s overall health and screening history.

All recommended colon cancer screening methods are available at City of Hope, as well as genetic testing to help determine your inherited risk for colon cancer.
In the last year, some people have avoided screening because of COVID-19 and fear of being exposed to the virus. City of Hope has rigorous safety measures in place and encourages screening, especially for anyone with symptoms that may indicate colon cancer.
Another reason people don’t get screened is the fear of a positive result.
“If there’s a positive screening result, don’t be afraid,” Kidambi said. “Not only has our ability to detect improved, but we have the ability to remove most polyps without surgery using novel techniques. And new chemotherapy and immunotherapy treatments have really revolutionized cancer care.”