How a full-on foodie is thriving despite stomach cancer 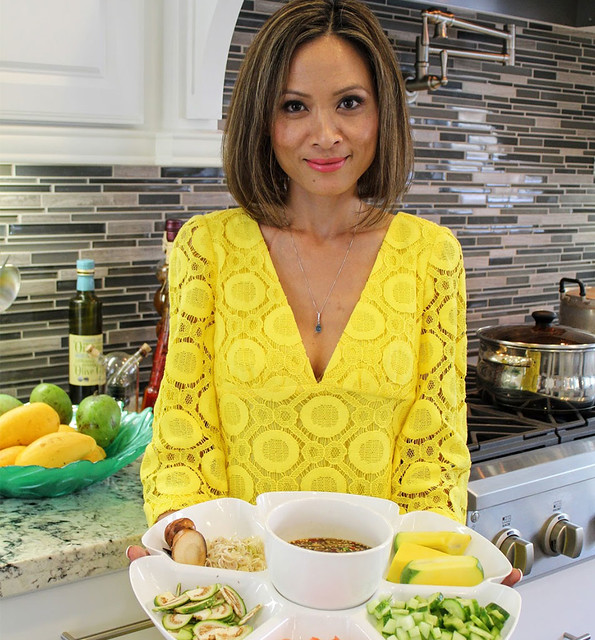 They are a reflection of Soudaros’ relationship with food, and how it has evolved since she was diagnosed with Stage 3 gastric cancer last year. She went from full-on foodie — eating whatever she wanted, whenever she wanted — to a different type of eater who only occasionally indulges in what she calls “forbidden foods.”

“I remember thinking, ‘How does stomach cancer happen for a foodie?’” said Soudaros, 42, explaining one of her early reflections after being diagnosed. “When I found out a portion of my stomach was going to be cut out (to remove the cancerous tumor) my first thought was, ‘What am I going to do about food?’”

The difficulty of diagnosis and treatment aside, complicated cultural issues surrounding food tend to arise for gastric cancer patients. This new world — in which certain foods are off limits and overall intake is drastically reduced — places these patients on the painful fringes of a culture in which almost everything revolves around eating and drinking.

You’ll never eat a Thanksgiving meal like you did before, and you will never have a Christmas meal the same way again." Yanghee Woo, M.D.

“What I tell my patients is that after you’ve had a gastrectomy you’ll never eat a Thanksgiving meal like you did before, and you will never have a Christmas meal the same way again,” said Yanghee Woo, M.D., director of the Gastroenterology Minimally Invasive Therapy Program at City of Hope. “You have to find enjoyment about food some other way.

“This is a big deal,” she added. “It’s a huge psychological emotional distress point that can get in the way of a patient’s recovery.”

Before Soudaros realized she had gastric cancer, her diet could be described as full of fragrant, spicy foods, especially the Laotian and Thai dishes she enjoyed growing up — like papaya salad and a spicy ground pork dish called Pad Kra Pao. That all changed in 2015 when she could not shrug off a feeling of total exhaustion and what she describes as “cramps beyond anything I’ve ever endured in my life.”

At first, she assumed it was food poisoning and took an over-the-counter medication. But weeks later, the pain had not subsided. So Soudaros’ doctor suggested an endoscopic procedure to get a closer look at her gastrointestinal tract.

That procedure revealed a bacterium commonly found in people diagnosed with gastric cancer: helicobacter pylori, also known as H. pylori. Later, while Soudaros was taking antibiotics prescribed to clear up the H. pylori infection, her doctor called. He wanted her to come for another endoscopy.

When I got back to the hospital they said, ‘We found cancer cells in your stomach." Victoria Soudaros

“When I got back to the hospital they said, ‘We found cancer cells in your stomach,’” said Soudaros, who says she was stunned, but did not cry, when she found out her treatment would involve removing some or all of her stomach. “They wanted me to see a surgeon that day.”

Days later, a good friend and physician, Siva Arunasalam, M.D., urged Soudaros to get a second opinion at City of Hope. Her consultation was with Woo, a surgical oncologist and an internationally recognized expert in robotic gastric surgery.

“When I went to see Dr. Woo, it was a completely different ballgame. That’s when I cried,” said Soudaros. “She had this human way of dealing with me that was missing before. She said, ‘I’m here and you can have me for as long as you want — for any questions and any concerns you have.’”

A couple of months after that first meeting with Woo, after undergoing chemotherapy to shrink a five centimeter tumor, Soudaros had a partial gastrectomy to remove three-quarters of her stomach. Having just a fraction of her stomach was, at first, difficult.

“Now that I’m living it — it’s hard,” said Soudaros. “It’s hard because certain foods would go down and somehow make me feel so uncomfortable. Like, sugar. It tore up my stomach.”

Soudaros was struggling with what she was supposed to do: Eat a series of small meals throughout the day, with the right nutritional balance; and far less food. Over and over, she ate too much, or ate the wrong things, and dealt with the painful side effects.

It takes a lot of willpower, similar to trying to lose weight. After surgery even if you know you have a small stomach sometimes you want to eat a lot. It’s psychological." Yanghee Woo, M.D.

“It takes a lot of willpower, similar to trying to lose weight,” said Woo, associate clinical professor in the Division of Surgical Oncology. “After surgery even if you know you have a small stomach, sometimes you want to eat a lot. It’s psychological.”

Soudaros says the path to eating right for her involved several painful episodes of cramping and gas, and experimenting with what foods she could tolerate. One thing that helped, she says, was starting a blog called, Cooking with Vatsany to document her path to eating right after gastrectomy, and to share the information with other gastric patients.

For Soudaros, having gastric surgery has not meant subsisting on a bland diet. It has meant far less spice than she’s used to, increasing her protein intake while cutting down carbs, and far smaller portions of the foods she loves.

In essence, Soudaros found ways to keep loving food — and as a consequence, life.

“Obviously you can’t eat fried food every day,” she said. “It’s all mental and if you can just reprogram yourself, you can do it. You just have to balance it.

“At the end of the day, for people like us, you just have to listen to your body."

Be sure to visit the Breakthroughs blog Tuesday, when we will feature holiday eating tips and recipes for gastric cancer patients from Victoria Soudaros and her blog.

Sign up to receive the latest updates on City of Hope news, medical breakthroughs, and prevention tips straight to your email inbox!
*Required Fields
,
Thank you for supporting our mission of eliminating cancer and other life-threatening diseases! Make sure to check your inbox from time to time for the latest City of Hope updates and breakthroughs.
,
Something went Wrong! Please refresh the page and try again!

Tips on surviving isolation from patients who have been there
Bone marrow transplant patients are required to live in isolation for 100 days while their new immune systems establish themselves. For these survivors, COVID-19 isolation orders both feel familiar and trigger old anxieties. We spoke with a few of them for tips on how to cope.
Read More
COVID-19 | Patient Care

Cancer care predictions 2020:
The best is yet to come
City of Hope clinicians and researchers are brimming with optimism as 2020 begins. Cancer care is changing rapidly, and the pace of change is accelerating. In 2020 look for major advances in gene-based therapy, immunotherapy and many other areas.
Read More
Research | Patient Care

© 2020 CITY OF HOPE and the City of Hope logo are registered trademarks of City of Hope.
City of Hope strongly supports and values the uniqueness of all individuals and promotes a work environment where diversity is embraced.
×