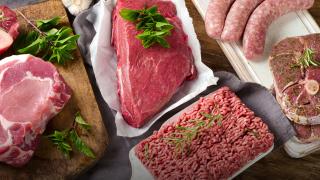 By
Misagh Karimi, M.D.
Orange County
A hot dog or hamburger fresh off the grill with all the fixings may be delicious. But if you consume these foods on a regular basis, you may want to rethink your diet.
As Colorectal Cancer Awareness Month draws to a close, here’s what to know.
Evidence of a link between colorectal cancer and red or processed meats has been mounting in recent years. It’s fine to eat these foods occasionally, but a diet heavy in processed meats can increase your risk of cancer and cause other health problems, such as high blood sugar or weight gain, that are also factors for certain types of cancers.
Meaty issues
Over the last couple of decades, there’s been a great deal of scientific research on how colorectal cancer risk is influenced by red meat (beef, lamb) and processed meat (cold cuts, hot dogs). For example:
There are several possible reasons for this relationship between meat and colon cancer.
It’s been suggested that grilling red meat over high heat can produce carcinogenic compounds. With processed meats, the nitrates and other preservatives used in, say, ham or bologna deli meats, may be responsible. We are still trying to pinpoint the exact cause, so this is an important area of evolving scientific research.
Another reason this research is crucial? Colorectal cancer rates are on the rise for people younger than 50. Some studies indicate that obesity — a hazard of a meat-heavy diet — may be a factor.  Colorectal cancer risk is about 30 percent higher for people whose weight is considered obese, compared to people whose weight is lower, according to the National Cancer Institute.
What can you do?
Eat meat in moderation and increase chicken, fish or plant-based protein sources such as beans or legumes in your daily diet. Other healthy habits worth adopting: eat more fiber (especially in fruits and vegetables), minimize alcohol consumption and avoid tobacco products.
And if you are age 45 or older, talk to your doctor about getting screened for colorectal cancer.
Colorectal cancer is highly treatable when it is found early. Don’t let anxiety about colonoscopy keep you from getting screened. It’s important to know that this test can save your life.  Talk to your primary care doctor about your risk factors and recommended screenings.
Misagh Karimi, M.D., is the director of clinical operations at City of Hope Newport Beach Fashion Island and a medical oncologist specializing in gastrointestinal cancers.
Visit www.cityofhope.org/OC to learn more. To make an appointment at any of City of Hope’s four Orange County locations, click here or call: