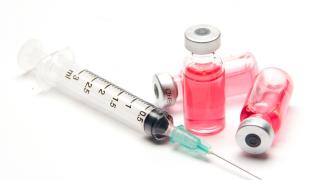 By
Katie Neith
Clinical Trials and Studies
Research News
The Epstein-Barr virus (EBV) is best known for causing mononucleosis, or “mono,” but it is also linked to several types of cancer, including lymphomas and carcinomas. With more than 90% of the population infected with EBV, there is great interest in making a vaccine against the pathogen, as well as finding better treatment options for those who develop cancers associated with the virus.
Two City of Hope researchers hope to lead the way toward developing both. Now, they have some help from the U.S. Department of Defense (DOD).
Javier Gordon Ogembo, Ph.D.
Javier Gordon Ogembo, Ph.D., assistant professor in the Department of Immuno-Oncology at City of Hope, has received a DOD Idea Award for a project titled, “Immunotherapeutic Treatment for EBV-Associated Lymphomas,” while a graduate student in his laboratory. Gabriela Escalante, B.S., earned a DOD Horizon Award for her dissertation project, “A Multivalent Epstein-Barr Virus-Like Particle Vaccine Candidate Against EBV+ Lymphomas.”
“We are elated to receive DOD funding in these challenging times,” said Ogembo. “The funding will not only allow us to move our projects closer to an investigational new drug application, but will also allow Gabriela to finish her doctoral thesis and start a new phase of her career.”

Because the studies are funded by the DOD, they are both focused on helping service members, but with goals that could also positively impact the general public. The aim of Ogembo’s project is to reduce the burden of lymphoma associated with EBV for American military service members and veterans by developing new immunotherapy treatment strategies.
“In particular, Vietnam veterans exposed to Agent Orange may be at a greater risk for this type of cancer, because a contaminant in the dangerous herbicide is thought to work together with EBV to drive the incidence of various lymphomas,” Ogembo explained.
Additionally, patients with EBV+ lymphoma suffer from treatment-related mortality and side effects. However, the presence of EBV in these cancers offers a unique target for Ogembo and his team, which he hopes will allow for treatment of EBV+ lymphomas with fewer side effects than current treatment options.
In the short term, the team expects to successfully generate two novel immunotherapeutic agents that are effective in animal models.
“This will advance our long-term goal to develop effective immunotherapies to treat EBV+ lymphomas, which will help reduce costs, improve quality of life, and extend the lifespan of active-duty service members, veterans, their beneficiaries and the American public,” Ogembo said. “In addition to Vietnam veterans and other service members diagnosed with lymphoma associated with exposure during service, our work will be relevant for other groups of military personnel, including transplant patients.”

Gabriela Escalante, B.S.
Working under the mentorship of Ogembo, Escalante hopes to stop EBV from spreading altogether. Before it has the potential to lead to cancer, EBV exposure during or after adolescence can cause infectious mononucleosis with serious health complications. This infection also affects around 100 out of every 100,000 active-duty service members yearly, resulting in an average of 2,797 weeks of lost duty per year.
“Because EBV is transmitted via bodily fluids, individuals living in close proximity or in crowded conditions, such as military members and trainees, are at the greatest risk of acquiring the virus from a previously exposed individual and subsequently developing mono,” said Escalante, a third-year graduate student at City of Hope’s Irell & Manella Graduate School of Biological Sciences. “Despite the global health and economic burdens that EBV poses, there is no licensed prophylactic vaccine. Successful vaccines that can prevent primary infection would effectively reduce the incidence and burden of EBV+ cancers and diseases in U.S. military personnel and the world population.”
With the DOD funding, Escalante aims to develop and test a vaccine against EBV infection. Her plan is to incorporate five EBV glycoproteins — important for viral infection in susceptible cell types — into a single vaccine to test its ability to provoke an immune response and prevent infection both in individual cells and in the body. She believes this combination of glycoproteins is necessary for a robust antibody response that can achieve complete immunity.
“After 40 years of EBV vaccine research and four clinical trials, researchers have still not cracked the code on generating the ideal EBV vaccine,” said Escalante. “While most previous efforts focused on single targets, it has become clear that multiple glycoproteins are involved in the viral infection process. Thus, our laboratory believes that a multitarget approach will be key to eliciting a protective immune response.”
“Receiving the DOD Horizon Award is a great honor, and will allow me to test this hypothesis and move my work forward, to bring us closer to a vaccine that could not only prevent mono, but also 200,000 cases of EBV+ cancer worldwide each year,” she added.
Escalante says her career goal as a cancer researcher is to develop vaccines to both prevent and treat EBV-associated lymphomas. As a first-year graduate student, she was awarded City of Hope’s Frances Berger Foundation Fellowship for excelling in academic and laboratory rotation performance. Since joining Ogembo’s research group during her second year, Escalante has successfully secured a one-year National Institutes of Health (NIH) diversity supplement to support her work in developing and characterizing monoclonal antibodies against EBV glycoproteins H and L; presented at various local scientific symposiums; and co-authored three manuscripts related to herpesvirus biology and immunotherapeutics.
“Since joining my laboratory, Gabriela has made remarkable progress in her proposed projects and generated a vast amount of preliminary data that supported my latest NIH research project grant application, which scored highly and is currently being considered for funding,” says Ogembo, noting that he is very proud of his successful trainee. “As an upcoming young scientist, she is a very intelligent, well-trained and high-class student. In addition, her excellent writing skills and capable demeanor will ensure she is self-sufficient as she completes her thesis and advances in her career.”
Ogembo also says they are both grateful for the support they have received from City of Hope’s Office of Faculty and Institutional Support (OFIS) in developing and editing grants.
“The OFIS team, particularly scientific writer Sarah Wilkinson, has been very instrumental in our success in acquiring several grants over the past four years, including these DOD awards,” he says. “Dr. Wilkinson’s support helps us communicate our science in the best way possible to ensure that we tell a compelling, clear and well-articulated story that undoubtedly captures the reviewer’s attention.”
Required*