The City of Hope Story 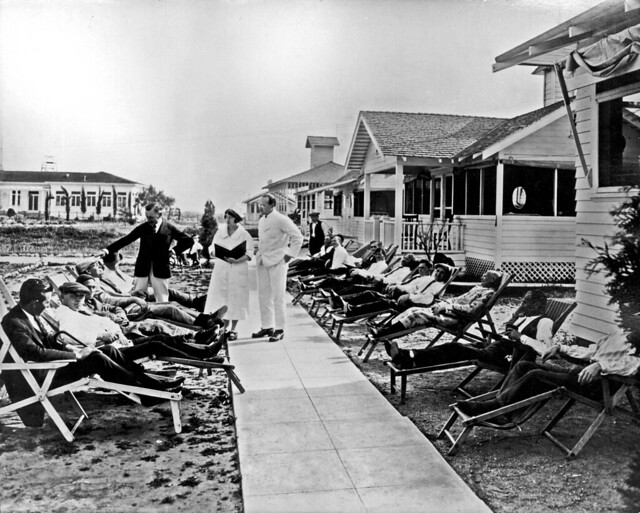 The City of Hope story began in 1913, when a group of volunteers, spurred by compassion to help those afflicted with tuberculosis, established the Jewish Consumptive Relief Association (JCRA) and raised money to start a free, nonsectarian tuberculosis sanatorium.

After several fundraisers, the JCRA put a down payment on 10 acres of sun-soaked land in Duarte, where they would establish the Los Angeles Sanatorium a year later. The original sanatorium consisted of two canvas cottages. So was launched a century-long journey that would place City of Hope at the forefront of the nation’s leading medical and research institutions.

By the mid-1940s, thanks to the discovery of antibiotics, tuberculosis was on the decline in the U.S. However, City of Hope rose to the next medical challenge, tackling the catastrophic disease of cancer — and later on, diabetes and HIV/AIDS — while reaffirming its humanitarian vision that “health is a human right.”

In the spirit of that vision, Samuel H. Golter, one of City of Hope’s early leaders, coined the phrase, “There is no profit in curing the body if, in the process, we destroy the soul.” Those words became City of Hope’s credo.

Over the decades, research conducted at City of Hope has led to significant advances in modern medicine, including the development of the first synthetic human insulin, human growth hormone and the technology behind the widely used cancer-fighting drugs Herceptin, Rituxan and Avastin.

Today, City of Hope has been designated as a comprehensive cancer center, the highest recognition bestowed by the National Cancer Institute, and is a founding member of the National Comprehensive Cancer Network, with research and treatment protocols that advance care throughout the nation.

As we look toward the next 100 years, we continue our mission and commitment to transform the future of medicine. Our researchers, physicians, nurses, educators and staff have made hope a reality for countless patients and their loved ones.

And our work is just beginning.

The City of Hope Archives appraises, collects, preserves and manages the records, papers, photographs and artifacts of enduring value that document the century-long history of this acclaimed institution.

For research inquiries or to find out about donating historical materials, please contact Archives at cityofhopearchives@coh.org.