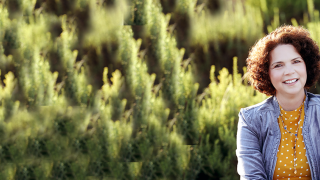 By
City Of Hope Orange County

When Lilly Grannis found out earlier this year that she needed to go back on chemo for her multiple myeloma, she said she felt fine about the news. “I just know that my body’s starting to change and we’re going to attack the cancer again—we’re going to jump on this,” she said.

This mindset is the opposite of the shock and depression she experienced when learning her diagnosis three years ago. Her resiliency, she says, is a testament to the care she received at City of Hope.

“I’m OK with the information I’m given, instead of falling apart like I did initially,” Grannis said. “From the time I heard of City of Hope, my mindset absolutely, dramatically changed. When I got there, I was told they had a treatment that was going to help me live a long life. When someone tells you that, your outlook is going to do a 180.”

In April 2017, the Chino Hills resident and longtime Orange County Superior Court paralegal returned from a European vacation with back pain she attributed to all the walking she did during her trip. The pain grew worse as the weeks went by, and solutions proposed by her regular doctor—stretches, nerve pain medication, blood work—didn’t help. Eleven months later, unable to walk because of the pain, Grannis got an MRI that revealed an aggressive tumor on her spine.

“I just shut everything out,” she said of hearing the news. “I went into shock; it was very bad. I didn’t hear a lot of what was said, but I did hear ‘stem cell transplant.’”

But Grannis had to get stronger before she could get to that point.  Diagnosed with kidney failure, she had a transfusion before embarking on four months of chemo, as well as a kyphoplasty to fix crushed vertebrae.

By the time she got to City of Hope for the stem cell transplant, Grannis was able to walk again, which helped lift her spirits. She also was bolstered by the steadfast support of her husband, Jerry, and their daughters, Grace and Ella. Still, she was skeptical her body could handle the procedure. It was the encouragement of her husband and her oncologist, Amrita Krishnan, M.D., that convinced her she could do it.

“I liked her immediately,” Grannis said of Dr. Krishnan. “I knew I was going to be OK when I met her. She has a great, upbeat personality. I was even more confident when I found out Dr. Krishnan is a research scientist and a specialist in multiple myeloma.  I knew I was in the right place.” In fact, Dr. Krishnan is the director of the Judy and Bernard Briskin Center for Multiple Myeloma Research at City of Hope, which is at the forefront of developing new therapies for this form of cancer. City of Hope physicians have performed more than 14,000 transplants, making the transplantation program is one of the largest and most successful in the U.S.

Grannis added that although every part of the transplant process moved with clockwork efficiency, everyone she encountered at City of Hope always had time for caring, meaningful interactions with her.

“I wasn’t in the mindset I was when I was initially diagnosed, but I was scared,” she said. “They were so professional and so kind and understanding. Everything was on point; it was seamless. That’s because I was treated by the best experts in multiple myeloma—not just Dr. Krishnan, but all of the clinicians and scientists who worked together so I could get personalized care. I came out of it and knew that everything was going to be fine. It helped that they were telling me what they were going to do at every step, what was going to happen, and how I was going to feel. That’s so important because I wouldn’t think, ‘Why am I feeling this? There’s something wrong,’ because I knew what was coming.”

Before Grannis went home, she was told the procedure had harvested enough of her stem cells for a second transplant, which she would need someday. “I went to the dark side for a second, and then I bounced back because I knew City of Hope would be there waiting for me.”

Since the September 2018 stem cell transplant, City of Hope has been a regular fixture in Grannis’ life, with maintenance appointments with Dr. Krishnan every six months and regular blood draws. It was through one of those blood tests that Dr. Krishnan determined Grannis needed chemo again. Because it was during the heart of the COVID-19 pandemic, they scheduled a telehealth appointment so Grannis could stay safe and practice social distancing. Grannis recalled with a laugh that her first question was “Am I going to lose my hair?” and then she took the news in stride.

“I will always be monitored, which I love because I’m not going to be blindsided,” Grannis said. “When you detect any type of cancer early, you have a better outcome. We can’t wait like when I was first diagnosed.”

For now, Grannis looks towards her future with optimism. She plans to see Dr. Krishnan at City of Hope Newport Beach for appointments; because Duarte and Newport Beach are roughly the same distance from her home, she appreciates the convenience of both locations. She’s also glad that they give more patients throughout the region access to City of Hope’s experts like she has.

“I came out of City of Hope with hope, and I’ll always have hope, for as long as I'm with them,” she said. “They guided me through it all with such caring and understanding. When you’re treated with kindness, when you’re given hope, when you know you’re getting the cutting-edge treatment of your disease, you can get through anything.”

Discover world-class cancer care at City of Hope Newport Beach, home to renowned cancer specialists with unique expertise, backed by our pioneering research and delivered with uncompromising compassion. Call (949) 763-2204 or click here to make an appointment.