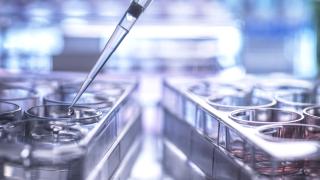 The research focus of Srivdya Swaminathan and her laboratory in the Department of Systems Biology will be identifying non-cytotoxic and targeted immunotherapies for treating oncogene-addicted lymphoid malignancies, such as those driven by MYC, MLL and ABL rearrangements.

A large number of lymphoid neoplasms are currently being treated with conventional chemotherapies that are toxic for normal cells. Of note, healthy lymphocytes express the normal counterparts of oncoproteins, making direct targeting of oncogenes difficult. Therefore, identification of therapies that can specifically target cancer cells is required. The immune system is a natural defense mechanism against cancers that can be activated to specifically kill malignant cells.

Development of targeted immunotherapy against lymphoid malignancies requires distinguishing normal and malignant lymphocytes in two respects: (1) Cell-intrinsic signaling, that includes surface molecules and intracellular signaling, and (2) Regulation of immune microenvironment. Srividya Swaminathan’s laboratory will study these aspects by comparing both cell-intrinsic processes, and the spatial and temporal distribution of the immune system during normal and malignant lymphopoiesis; using approaches including mass cytometry (CyTOF), CIBERSORT and humanized mouse models. This knowledge will be applied for the development of cell-based and other immunotherapies. Her laboratory at the City of Hope is currently funded by a five‐year start‐up package, the American Society of Hematology (ASH) Scholar Award, the NCI Lymphoma SPORE Career Enhancement Program, and a Research Starter Grant from the PhRMA Foundation.

Many B and T cell neoplasms, including Burkitt’s Lymphoma (BL) and Acute Lymphoblastic Leukemia (ALL), are “addicted” to oncogenes for their survival and recurrence. Oncogenic MYC, ABL, RAS and MLL differentially regulate both cell-autonomous processes as well as cell non-autonomous processes (cancer microenvironment and host immunity), in comparison to their normal counterparts.

Dr. Swaminathan’s studies suggest that NK cells can be developed as an adoptive cell-based immunotherapy against MYC and other oncogene-driven lymphomas. The development of immune cell-based therapeutics as an alternative to direct oncogene inhibition will be one of the areas of her laboratory’s research focus. In order to develop both cell-based and non cell-based immunotherapies, her laboratory will delineate the differences between lymphoma cell-intrinsic and extrinsic (host immunity) processes during normal and malignant lymphopoiesis in vivo.

An Assistant Professor in the Department of Systems Biology, Srividya Swaminathan's research focuses on immune profiling of normal and malignant lymphopoiesis, molecular mechanisms of immune modulation by oncogenes, development of cell-based and non-cell-based immunotherapies against lymphoid neoplasms.

Join one of our labs and help us on our mission to save lives.

View careers
Who We Collaborate With

We collaborate with organizations in progressing the development of new treatments in our specialized areas of research.

Invest in changing lives by becoming a partner.

Contribute to our discoveries by donating.

Donate today
Maxine Nunes
A trial that failed — and why it’s big news
Usually we write about successful trials that introduce new, advanced treatments. This article, though, is about a ...
Research News
Patient Care
Zen Logsdon
Blood test shows potential as way to screen for early-onset colorectal cancer
With rising rates of colorectal cancer in adults under 50, this research is a first step to noninvasively and inexp...
Research News
Zen Vuong
Study suggests adding drug to bladder cancer regimen shows no benefit
A Phase 2 trial led by City of Hope suggests that adding the novel ataxia telangiectasia and Rad3-related (ATR) inh...
Clinical Trials and Studies
Research News
View more